Many of the nomadic village families who come to Pushkar Mela to trade cattle, doll up their kids, and send them out to make some money from the tourists and photographers. These kids try their best to get some money out of the travellers, but walking around the dusty and sunny mela, the kids feel the burden of making a living at their young age.

But kids are kids and they don’t yet understand all the nuances of earning a living and find some time out to have some fun and be themselves – careless and free.

This is a small photo series on one such group of kids through which I am trying to show how a young boy was sent out with a turban and a ravanhatta (bowed fiddle/a musical instrument local to the state of Rajsthan) to attract the attention of photographers and make some money.

He and friends knew very little about making a living or playing the instrument and had very little interest in making any money. But the poor economical condition of their families leaves these kids with no other options. Struggle for life is not a new thing for these kids.

This boy was sent out with a turban and a ravanhatta(musical instrument) to attract tourists and make a living. 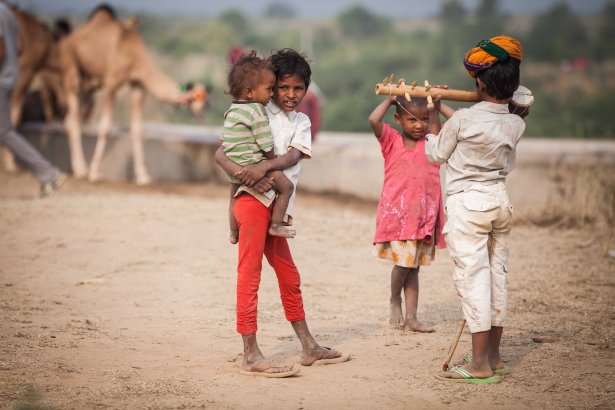 He then meets rest of his gang and they discuss about possible course of action.

They finally take a break from their work and decide to have some fun.

Few moments of fun before going back to work. 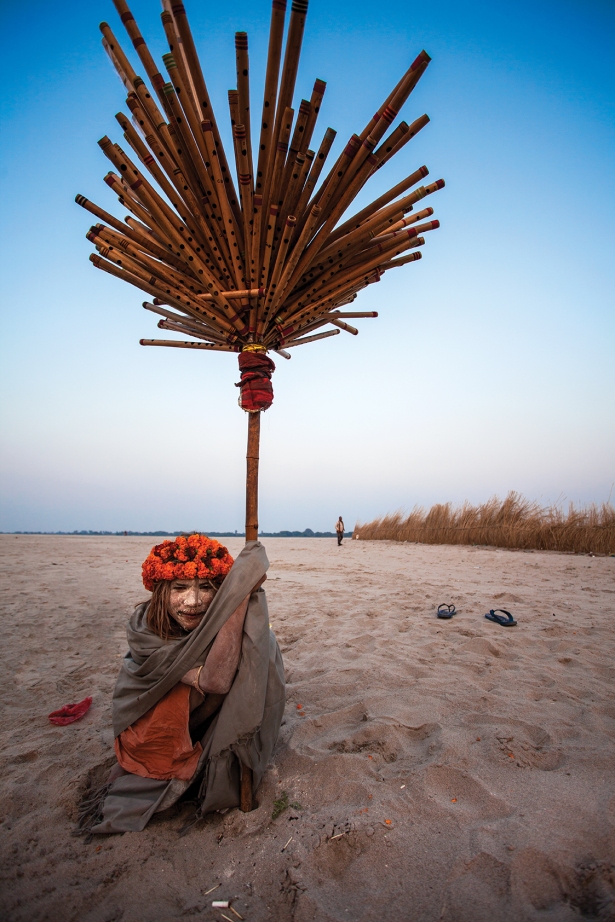 The heavy rains that ended Kumbh Mela a week earlier than it was supposed to end in February 2013 forced me to reconsider my initial plans of staying at the Mela till March 10 for Maha Shivaratri. So, I decided to join some of my friends to Benares to attend a friend’s engagement ceremony that was supposed to take place on the banks of the Ganges river opposite Assi ghat. There I met Late Baba Jagmohan Giri, a 30 something year old Naga baba from Juna Akhara, who had taken up the life of a Naga sadhu to get rid of all his past crimes.  Turning into a Sadhu requires one to dissolve their existing identity; and with the dissolved identity all the acts of the past get dissolved too. At least that is the hope with which a lot of people turn to the life of a Sadhu — to run away from their past crimes.

Jagmohan Giri himself spoke of having committed a murder a few years ago.

Late Baba Jagmohan Giri of Juna akhara sitting by the eastern bank of Ganges river in Banaras. Next to him is something that you don’t usually see a Sadhu with- alcohol(champagne) that was brought to celebrate a friend’s engagement. But Baba Jagmohan was under a lot of fire from his fellow Babas for his alcohol addiction. Smoking weed/hash is an accepted and an integral part of a Sadhu’s life. But alcohol is considered to be a complete no no.

Just a few days before these photos Baba Jagmohan had been attacked and beaten up some other Sadhus over this same alcohol issue. But Jagmohan Giri was deeply troubled by his rough life experiences and too deep into alcohol, weed and crack addiction to be pulled out of it without love. And that’s something I think he never found till health complications due to his drug problems claimed his life in 2014.

Baba Jagmohan Giri emotionally questioning – “why everybody in his life always used and abused him?”

He kept saying that everybody in his life used and abused him and he repeatedly asked why he deserved such treatment.

A question to which he never found an answer to his end.

A Black and white mood series from my experience at Annamalai bird sanctuary. The sanctuary is located on the outskirts Chennai, Tamilnadu in southern India in a lagoon. The entire sanctuary has to be seen on a boat with help of some fishermen who have settled down around the lagoon. 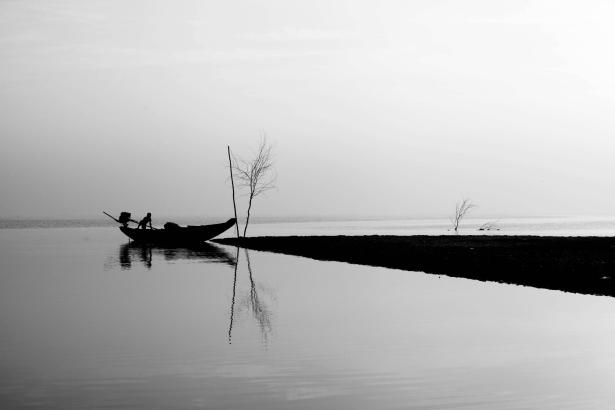 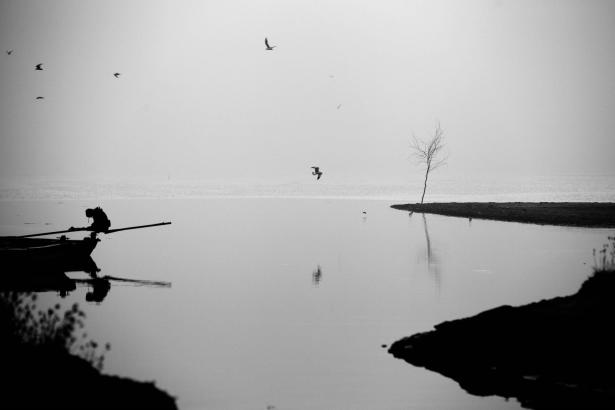 According to me fog adds so much mystery to a scene. Apart from adding a sense of drama to photographs, fog induces this element of ’untold stories hidden behind each individual’ in every image.  Another thing that makes a foggy portrait so interesting is the fact that a fog always dissolves the sense of identity that a landscape provides. There is no reference point. You can gauge these individuals only from their outlook and faces and not from their surrounding setting and environment. In fact, it almost seems like they mystically appear from thin air. The sense of timelessness in his foggy portraits strikes a balance between silence and chaos.

Some of these photographs from Kumbh Mela 2013 depict the common man entangled in desires and faith carrying on with life and bearing the burden of life’s cruelties whilst a few set forth on a journey of self-discovery and righteousness. While a man staring into oblivion finds his path amidst hordes of devotees, one may wonder if the foggy night provides him the solitude he seeks for.

Remembering all the people who lost their lives in accidents at Kumbh. 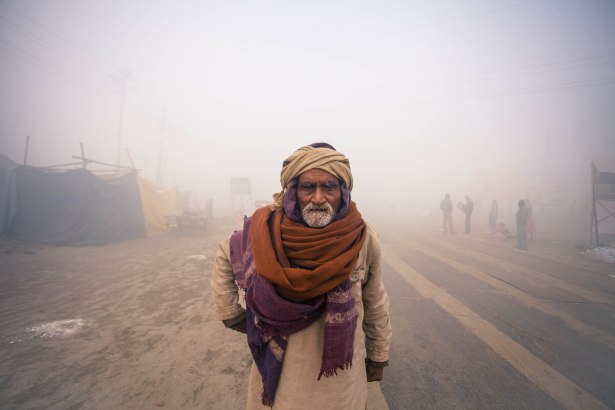 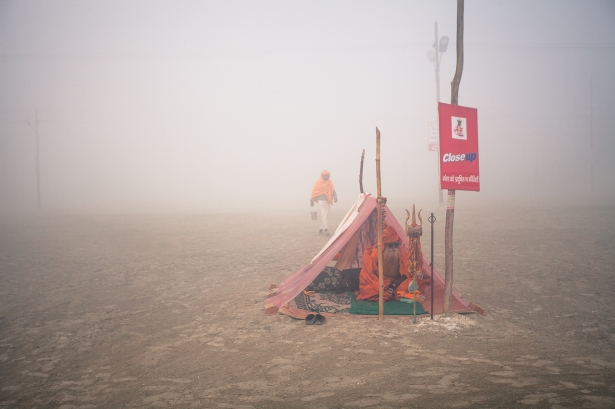 This blog post is in reference to ‘Out Of The Fog’ series photobook which is mainly a portrait series, with a few foggy scenes as well, to give a sense of first coming out into the fog, and then slowly seeing people face to face as you venture further deeper into the foggy surroundings.